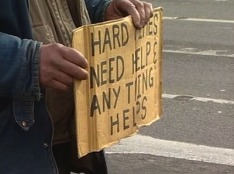 Several times this past year, I had people ask how they could help me with my books. The first question I asked was whether they’d bought any of them.     No.      Well, there’s a start! You want to help an author, buy their books. Forget all the fancy posts on book marketing – there’s some helpful information, but the main way to sell books is by word of mouth. That is what I’ve heard consistently from publishers, agents and other authors. Word. Of. Mouth. You like an author, please tell other people! Buy their books as gifts for your friends. Spread the word, use social media, post it on Facebook, Twitter, put the book cover on Instagram. If you know a photographer who’d take a good author photo in exchange for credit and building up their portfolio then pass along that information. You don’t have to come to every single reading, but show up once in awhile and bring someone with you. After the reading, say something nice to the author, even if it’s just “Good job!” (thanks, Kate!) It is hard for people who spend most of their time alone with imaginary people to get up in front of a group and read. Say something nice to them – acknowledge what they did.

There’s a ton of noise that we have to break through, so anything you can offer in the way of help, support, networking is GREATLY APPRECIATED! (and if it’s not, a pox on that author!) We writers are largely an awkward bunch who often don’t know what to ask for or how.

Summary for if you know a writer: 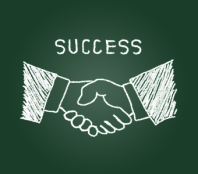 3. Post kind reviews (they don’t have to be 5 star, but there’s no need to trash them either; if you don’t have something nice to say…)

4. Use social media to spread the word

5. Come to our readings once in awhile

Okay, writers, you are not off the hook. It’s tough out there and you want all the help you can get. But don’t be a narcissistic taker! Say thank you. Help other writers. There’s none of that fixed pie nonsense in this. There’s plenty of publicity and readers to go around. If someone helps you, say thank you! I know you’re socially awkward but, come on, two words. Too shy to say it in person? You’re a writer, write a thank you note. No excuses. Again, don’t just take. Someone does you a favor, acknowledge it and at some point, if you can, return the favor. Especially if it’s another writer. Be nice to everyone – if you knew what secret burdens people were bearing, you’d be nice to everyone, even the mean ones. Maybe especially them. Plus you never know who someone knows. Word spreads. True in the literary world, super true in Hollywood. A manager never bothered calling me back over a business matter – I took notice because it was rude and totally unnecessary. He also made his client look bad.

I’m not saying you have to get all tit-for-tat about it. A favor is a favor, not an obligation. Don’t keep score. Do your best. Have integrity.

If you give readings, practice. Be entertaining. Put some life in it. People have taken time out of their day so make an effort. If you have to get a coach, make friends with an actor and get some tips (you can offer to run lines with them or something similar in return). Film yourself. Show your audience some respect. This falls under the same consideration as making sure your manuscript is as good as you can make it before you send it out.

Something Kate Maruyama pointed out is the Acknowledgments page and I’m going to include one in my books from now on. Seems to be more of a tradition in non-fiction than fiction, but there’s no reason we novelists can’t do it. None of us get there on our own. People help whether they read our manuscripts, provide moral or financial support (we should all be so lucky!)… anyway, you get the idea. Proclaim them! Do an Acknowledgements page and list them. Maybe you don’t have an agent or manager yet, but there are other people who helped and encouraged you along the way.

Pay it forward. Help other writers. Promote their work. Don’t ask people to go comment on your short story, essay, etc, if you have no intention in doing so for them at some point or haven’t in the past. Don’t keep going back to the same people every time you put a piece of writing out into the world. It looks like you’re manipulating the comments (fair point) and everyone’s busy. You can tweet or Facebook general requests, but be careful of asking specific people. Don’t over-ask and let it go if they don’t respond. Yes, I’ll say it again: everyone’s busy. Assume goodwill and move on.

Summary if you are a writer:

3. Be nice and if you can muster it, entertaining

4. Put them in your acknowledgements

I create roadmaps to trauma recovery to help people break unhealthy familial cycles. I am a writer and filmmaker. View all posts by Diane Sherlock: End Child Abuse

13 thoughts on “5 ways to help authors; 5 things for authors to avoid”